Well, I've mentioned them in a couple of previous blogs but it's about fucking time I talked exclusively about this hard rocking, soul driving, ass kicking band!  The Screaming Eagles are one of those bands that you listen to for the first time and become an instant fan.

Anyone who appreciates hard rock must absolutely, without a fucking doubt check out the tunes that the Screaming Eagles are blasting out.  One word of advice though.....TURN IT THE FUCK UP!!!! Hahahaha....like I have to tell rock fans to turn it up.....

I don't have a lot of information about this Belfast band....just that they're relatively new, they're from Belfast, they're made up of Chris Fry on vocals, Adrian McAleenan on guitars, Ryan Lilly on bass and Kyle Cruikshank on drums and they fucking know how to rock!!!!!

Oh yeah....another thing....they've released their debut album From The Flames and it's available for purchase at http://www.screamingeagles.bigcartel.com/.  I highly recommend clicking the link and purchasing it right now!  But perhaps you're thinking, "Why should I take your word that they rock?  How do I know I'll appreciate it?"  Well, first....when have I ever steered you wrong before when it comes to fucking cool music (especially rock) before?  And second, fucking listen to this, doubter......


Still a doubter? Think anyone can put out one great song? Doesn't prove anything? Fuck off...here's another sample......

These guys are definitely rockin my world.  Their music and style has got me so turned on that I'm thinking perhaps....if they ever come to Canada....they'll give me the opportunity to rock theirs! ....oh shit, there I go using my outside voice again.......... ; )

The Shores Have Been Rocked

Last weekend I was mostly out of touch....the reason for this is because my ass was getting fucking rocked off in Victoria!  The second annual Rock The Shores event was held over two days with 12 bands performing.  There were established bands (many I'm sure you've heard of) such as Sam Roberts Band, 54-40, The Sheepdogs, City and Colour, Matthew Good, Jimmy Eat World and Weezer, up and comers including Awolnation, Reignwolf, and Mother Mother as well as some local talent just starting to get some recognition - Vince Vacarro and Acres of Lions.

When I first heard advertisements for Rock the Shores over the radio, I thought....hmmm, I should go to that.  In the past I've seen live performances by Sam Roberts Band, 54-40, City and Colour and Matthew Good and knew that these guys knew how to fucking rock.  But what sold me on the tickets...what made me run to the computer to buy was hearing that Awolnation and Mother Mother would be performing!  Both these bands were introduced to me by my kids....each one an instance of "Hey mom, you gotta hear this," and they were right!  I fell in love with both these bands due to their original style of modern rock.  Here.....this is fucking why......


The biggest surprises of the weekend came for me with the opening on Sunday.  I had never heard of Reignwolf before and I was fucking blown away!!!! This guy fucking rocks!!! I have no doubt if you cut him, he would bleed music!  Everyone of the artists that performed throughout the weekend fucking rocked but it was Reignwolf who stole the show. This is why.....

You see what I fucking mean?  I am so fucking glad I went to this show!  There's nothing better than hot music on hot summer days, so get out there...there are summer festivals happening all over the fucking world! Enjoy the sunshine, the tunes, the sites, the smells and rock the fuck on........ ; )
Posted by Cat Hennebury at 14:52 No comments:

I was sitting at the kitchen table having my morning coffee and listening to some new tunes.  My sister-in-law walked into the room and looking at me in confusion said, "This isn't the kind of music you normally listen to...."  I just chuckled and said, "I know, right? But I really like this!"  It's true, I'm a hard rocker at heart but that doesn't mean I'll close my mind to all else.  To be fair I have listened to and enjoyed dance mixes in the past....if I have to listen to Gangnam Style one more time, I'll fucking kill myself - that's not my thing - but I fucking love me a bad boy!

Jemile Aka BaghdadBad Boy does not spin out your regular run of the mill dance mix.  He adds an element of funk that turns me on, lights a fire in me and makes me move to the groove.

Smooth vocals emphasized by sythns and effects that are sexy as hell.  He is welcome to rock my body right any time! It's Time To Get Loose...

The United Kingdom is lucky to have this musician to call their own but I'm sayin it's about fucking time to share with the rest of the world.  Jemile, come here baby........ ; )

Posted by Cat Hennebury at 13:24 No comments:

I left work early Friday, stating to my co-workers that I was going to Rock and Roll all night and party everyday....and that's exactly what I did!  Friday, June 5th I had the honor of catching Kiss and Shinedown live in Victoria, British Columbia.  What a fucking awesome show!

Shinedown opened the show and I'll admit, it was them that I really wanted to see.  I've been fucking in love with Shinedown music for years and I was definitely excited to see them perform live!  They didn't disappoint! Their live show is every bit as entertaining and kick ass as any one of their recorded albums.  I was up on my feet immediately, dancing and singing along!  Luckily for the people around me  they played loud and managed to drown me out.  Starting the show with Diamond Eyes, I already had my fist in the air.  I nearly jumped out of my own fucking skin when they played The Sound of Madness!


Kiss was every bit as good!  Their fans, painted faces, ranged in age from the very young to the very ....um mature!  Kiss is on tour promoting their new album Monster, so we were given a taste of their new stuff.  They've stayed true to their sound and style.  Die hard Kiss fans are going to love it and for sure they'll pull in more fans with these new songs.  The Save On Foods Memorial Centre became a living breathing animal as everyone was on their feet, screaming for more!  Paul Stanley said it best when he said, "If you want to sit down, stay home and watch TV!"  I fucking loved it! My sentiments exactly Paul!  Here's a taste of their new music, a bonus track from the album Monster....


They still have a ton of dates in Canada, so if you get a chance to see them live, don't fucking miss it.  Shinedown is incredible and Kiss proved beyond a doubt that they still have the power to get your rocks off when they rock on......... ; )
Posted by Cat Hennebury at 08:01 1 comment:

No Operator can Trace the Sky and Carry the Storm


Wow...what a time for music!  I've had my fill of fucking great music this last little while.  We have greats like Black Sabbath and Eric Clapton releasing new stuff, I've been hearing some great Indie stuff online like Screaming Eagles and Jemile Aka BaghdadBad Boy (two very different styles but man I got to tell you about these guys in more detail!) and then if that isn't fucking enough I caught some great island local live music on June 7!

And it's that show I'm going to tell you about first!  I've traveled off the island to the big city of Vancouver to see shows in the past...and there is no fucking doubt, Vancouver rocks!! But I found out first hand this weekend that Vancouver Island and more specifically Nanaimo fucking rocks too!

On our way to the show our designated driver was telling us about his new favorite band.  It was a band he had caught live the weekend before and as luck would have it, he had the CD!  The Body Politic is a hot new Progressive Metal band out of Nanaimo, BC and they are building quite the fan base.  Any fan of Tool would definitely get off on the vibe that The Body Politic is laying down and vice-versa.   As a matter of fact I asked our designated driver (my friends kid, just turned 19) if he heard the similarities in sound between Tool and The Body Politic.  He asked me who Tool was...... fucking kids!

The show we were on our way to see was at a small club called the Cambie in Nanaimo.  A cool little dive with limited seating and a small stage.  Taking the stage that night were three bands.  These bands, though diverse, all have something in common....members of each group have played with who I was going to see.... Blake Deal.  I was excited to finally hear Blake perform.

Blake's band, Carry the Storm, opened the show with face-melting Deathcore Metal - what my sister-in-law refers to affectionately as kill your mother music.  Blake's demonic vocals led Riley Anderson and Steven Bekker on guitars.  Their fingers flew over their guitar strings, the friction surprisingly not setting their guitars on fire, but definitely alighting something in the souls of the audience! I had five words for Blake after their set.... GET INTO THE FUCKING STUDIO!  He tells me in a couple of months....and when they have something recorded you can bet your ass that I'll be sharing it with all of you!  In the meantime you can find more info and photos by visiting and liking their facebook page at facebook.com/Carry-The-Storm!!!

Trace the Sky hit the stage next and let me tell you, these boys know how to rock.  Their alternative style has a pop punk edge much like what made the Offspring and Green Day so popular.  Liam Glaim has come out from behind the drums (used to play drums in a band he shared with Blake) to come out front with the two Matts (Harder and Gladman) to play guitar and sing.  They definitely had the crowd jumpin!  Here's just a sample of what we heard......


Check out Trace the Sky on facebook to listen to more - facebook.com/tracetheskymusic

Headlining the show was another fucking awesome band from Nanaimo!  No Operator has a hard rock sound that definitely appealed to this hard rocker!  And wouldn't you know it....Oliver Galloway (Ollie) - guitar and vocals - used to play in a band with Blake as well!  Either Blake really gets around or Nanaimo is a small town.... well maybe a little of both, hahaha!  Anyway... these guys are really making waves on our island.  Take a listen to the lighter side of No Operator and you'll understand why!


Visit No Operator on facebook to learn more about this up and coming band - facebook.com/nooperator 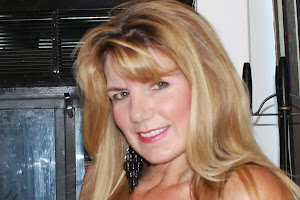